Developers from all over the world gathered to learn and contribute to open source projects in the ZIO ecosystem.

Developers had the opportunity to attend free talks, pair program, and receive expert guidance and mentorship.

From November 20th-22nd, 2020, 670 developers from all over the world gathered to learn and contribute to open source projects in the ZIO ecosystem. In a time when many of us are unable to get together in person, this provided an incredible opportunity for developers to learn and connect with free talks, pair programming, and online discussion. In total there were more than 170 pull requests submitted to ZIO projects and many developers had the chance to push forward their own projects with advice from ZIO core contributors and others in the community.

ZIO Hackathon was a free event designed to bring together ZIO users and contributors from all around the world to share their knowledge and passion, and to help facilitate collaboration on exciting improvements to projects in the open-source ZIO ecosystem.

Developers who attended ZIO Hackathons had the opportunity to:

Thanks to our sponsors Ziverge and Scalac, attendees who contributed qualifying contributions to projects officially participating in the ZIO Hackathon earned a free high-quality, collectible t-shirt, mailed to their home address anywhere in the world.

The following open-source projects were all officially participating in ZIO Hackathon, although the participants were welcome to contribute to other projects in the ZIO ecosystem.

ZIO Streams (Itamar Ravid). ZIO Streams is in the process of finalization with a new encoding that promises higher-performance and fewer types (only streams and sinks). Developers hacked with Itamar’s expert guidance as they ported over stream operators from the existing encoding to the new encoding.

ZIO Redis (Dejan Mijic). ZIO Redis is a fast, full-featured, and type-safe client for Redis with beautiful ZIO and ZIO Streams integration. Dejan helped guide developers through to their first contributions to this exciting new project.

ZIO Prelude (Ondra Pelech). ZIO Prelude is an alternative way to factor in the classic type class hierarchies from Haskell, Cats, and Scalaz. Developers picked up and completed tickets with Ondra’s expert assistance!

ZIO Web (John De Goes). ZIO Web promises to give developers an incredibly powerful way to deploy endpoints to HTTP, WebSockets, gRPC, and other protocols, in a type-safe, compositional package. John offered his help in implementing a variety of tickets to push the project forward.

ZIO CLI (John De Goes). ZIO CLI lets you build command-line applications that are rich and full-featured, with beautiful documentation, auto-complete, and corrections. John gave a variety of tips for completing a variety of tickets that pushed this project toward release. 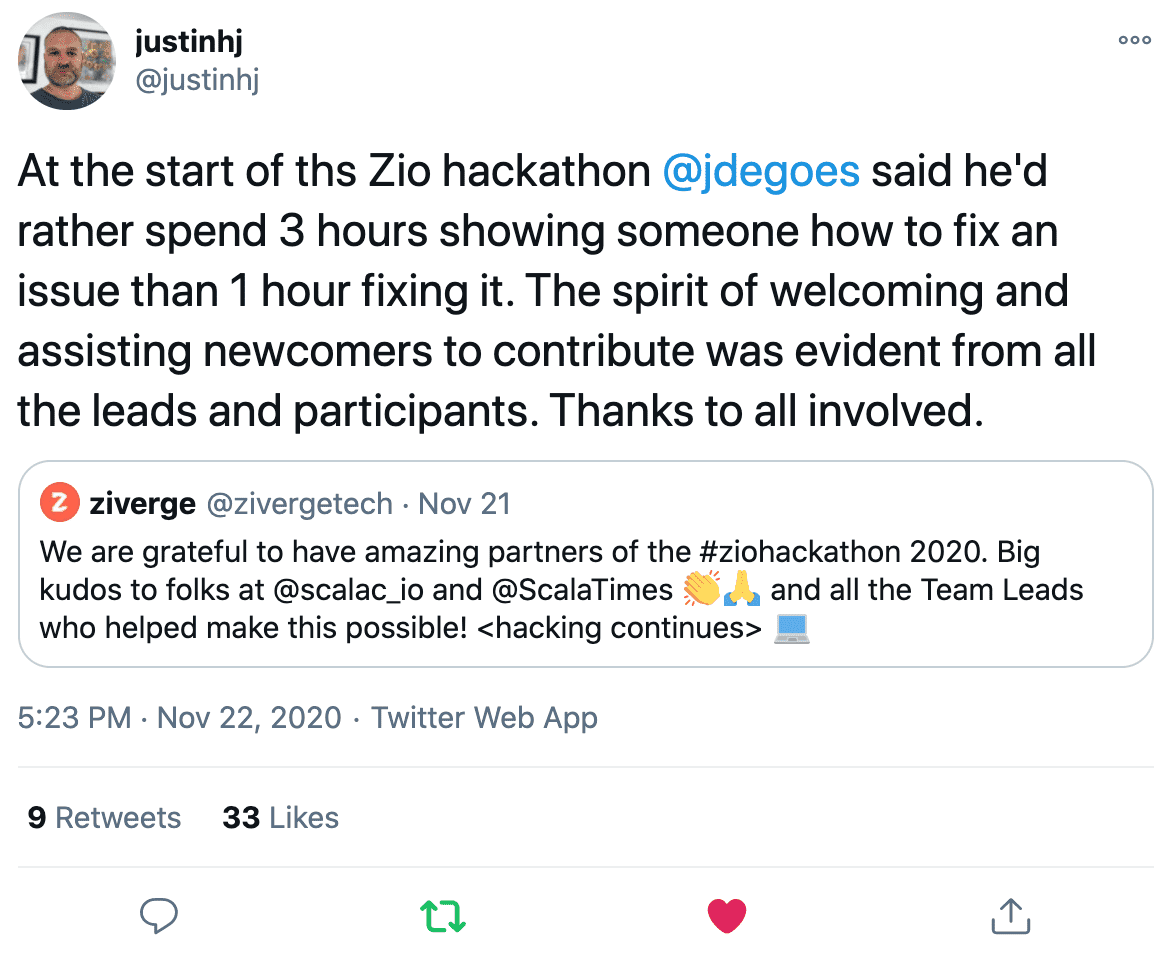 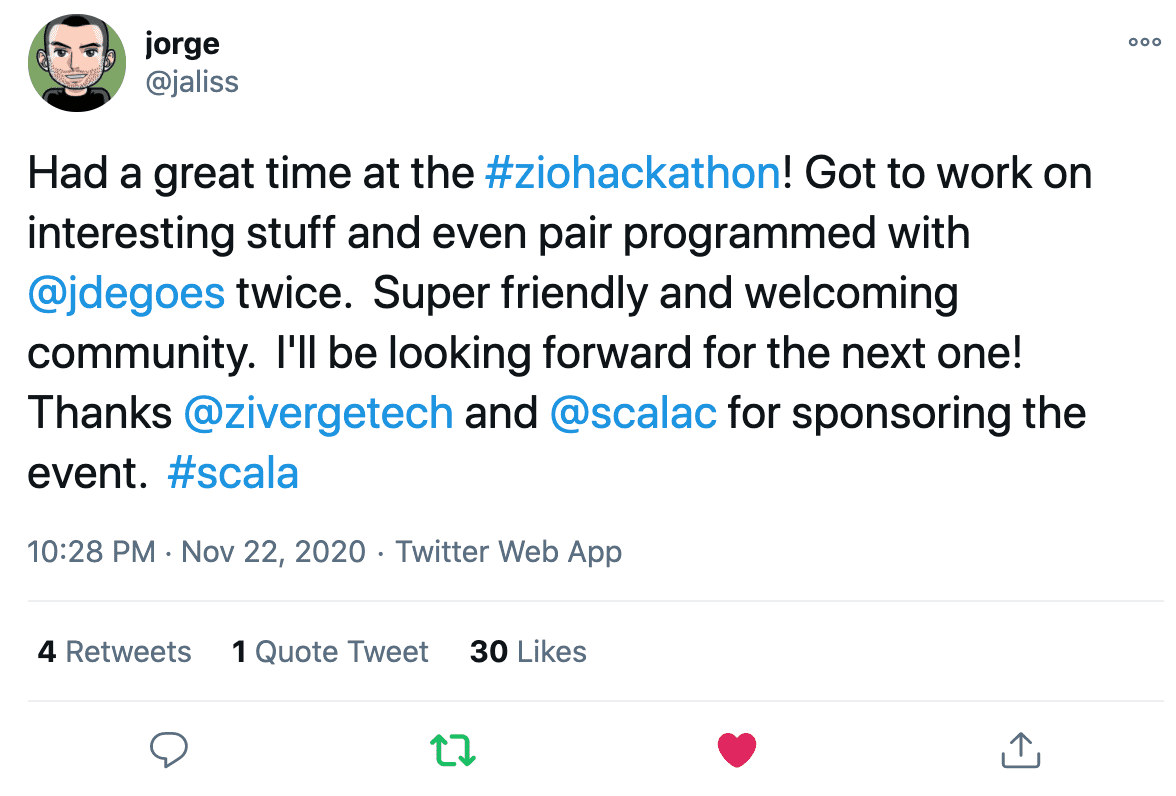 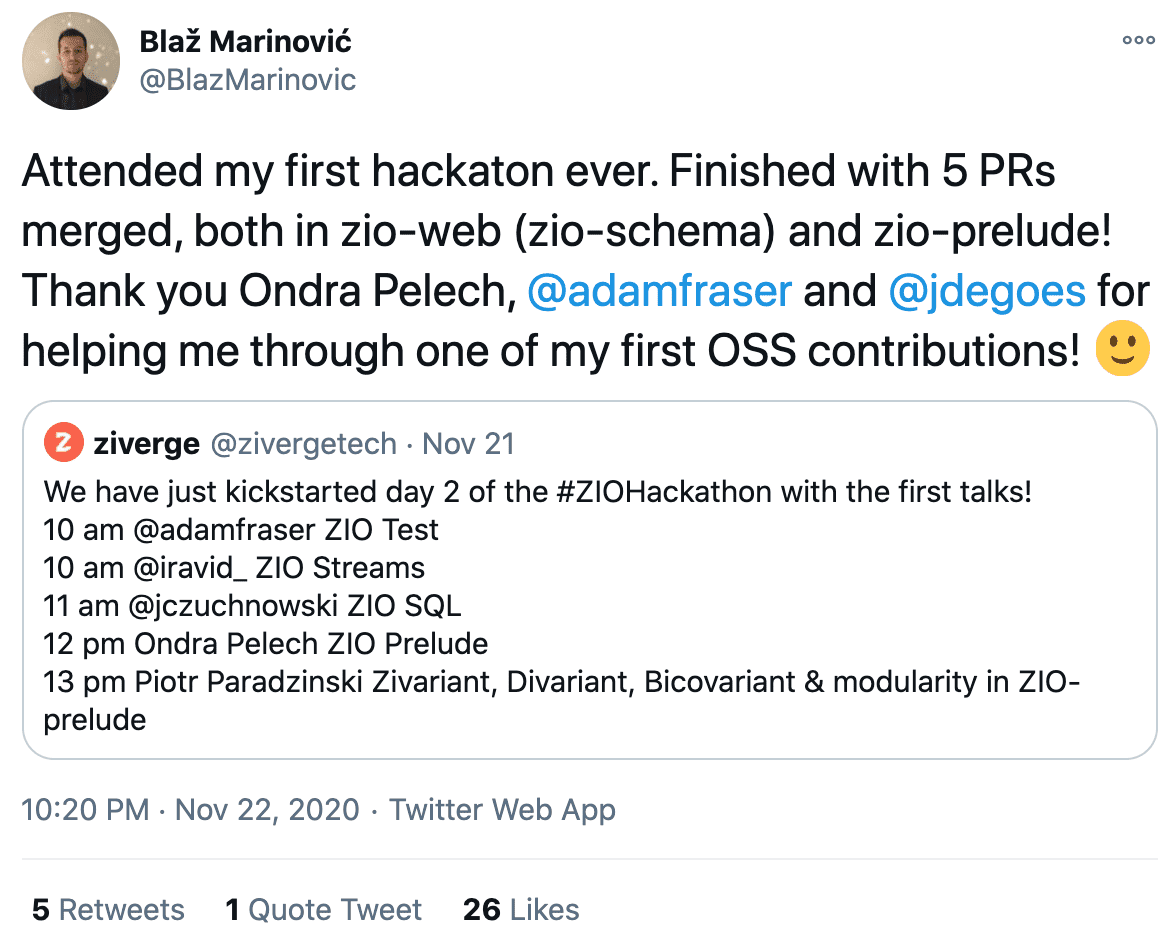 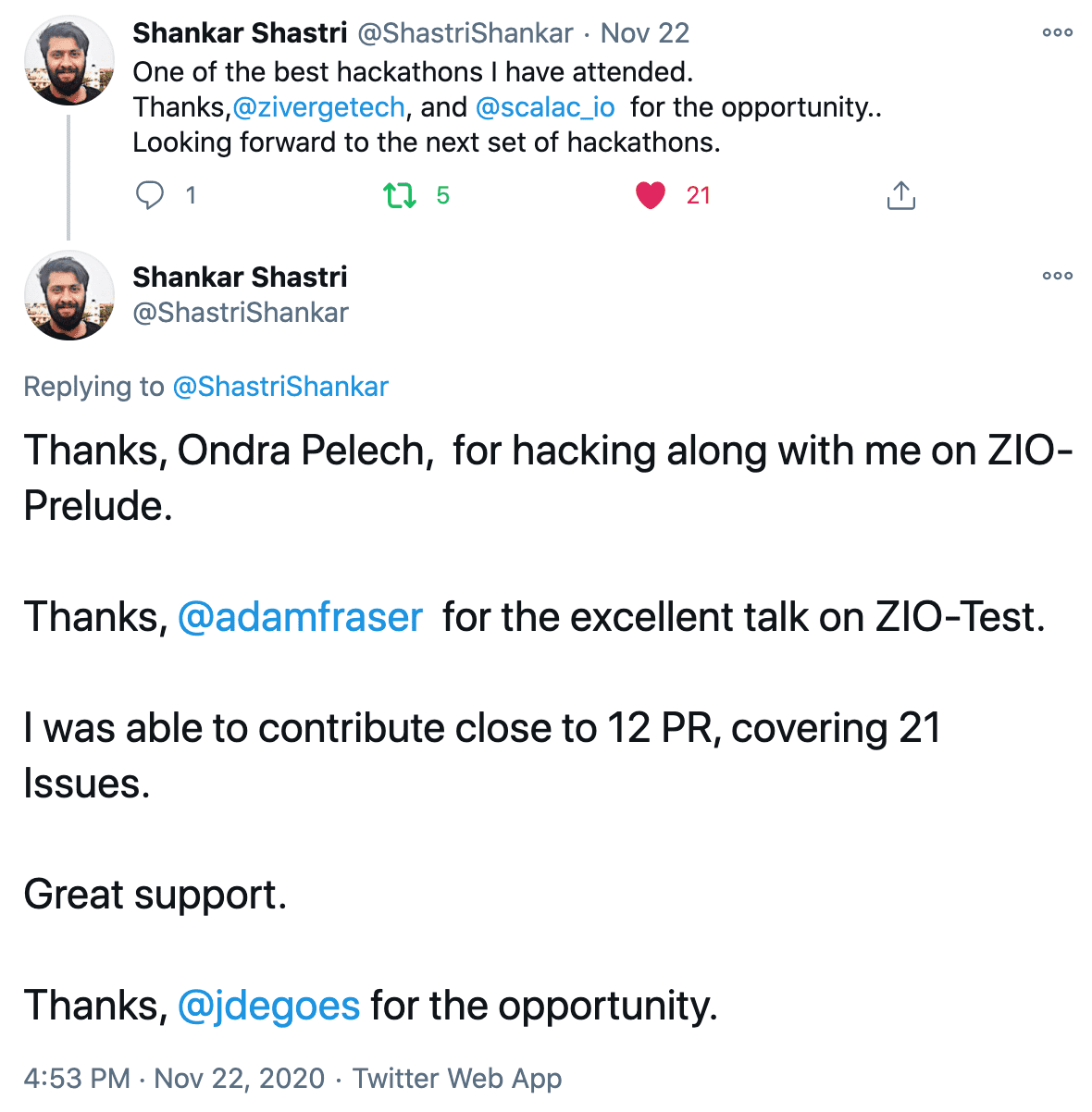