The First Edition Of The Scala Africa Development Program Has Launched

Designed to bring free, high-quality education to JVM and Scala developers on the African continent.

On Sunday the 30th of August, Ziverge Inc. launched the first edition of the Scala Africa Development Program, designed to bring free, high-quality education to JVM and Scala developers on the African continent.

The program included 8+ hours of hands-on Scala 3 workshops, taught by two of the top instructors in the Scala community, including Jon Pretty (Propensive) and John A. De Goes (Ziverge Inc.). Both instructors have been actively involved in the Scala community for more than a decade, and are major creators and contributors to open source libraries like ZIO, Magnolia, and Fury.

Local community groups from Nigeria, Ghana, Tunisia, Mauritius, and Kenya worked closely with Ziverge to engage local developers and encourage them to learn Scala 3. Ziverge would like to express the utmost gratitude for the joint efforts of all organizers and participants.

Ziverge expects to follow-up this launch with online workshops and in-person workshops in 2021, featuring an expanded selection of instructors and content selections. 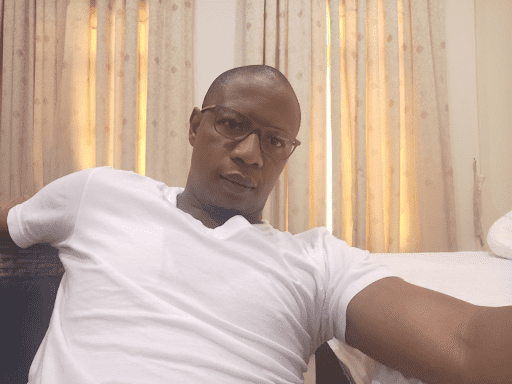 Idris Kabir taking a selfie during the Scala Africa Program. 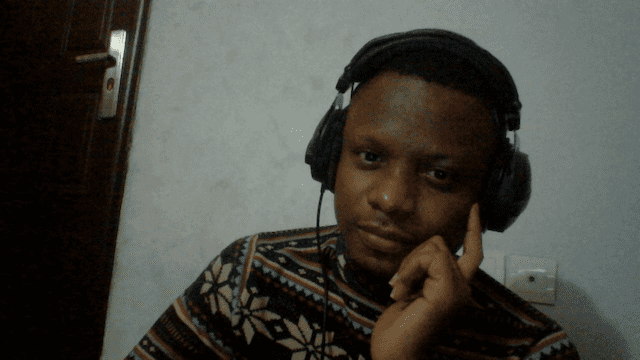 Mfon Eti-mfon taking a selfie during the Scala Africa Program.

The program started on Sunday at 10 AM with Jon Pretty from Propensive. Jon taught developers an introduction to the Scala 3 programming language, showing how to build simple applications with Scala 3. 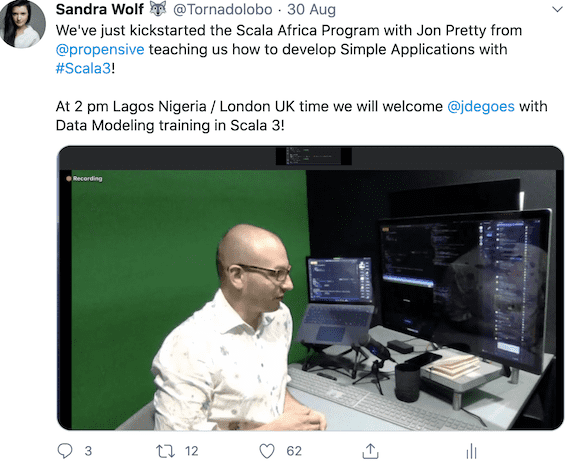 The code from the workshop can be found here.

The second part of the program was taught by John A. De Goes, selling developers on the promise of the Scala 3 programming language, and teaching the basics of data modeling in Scala 3 with a hands-on workshop. 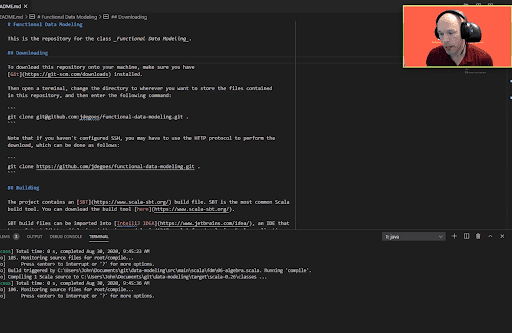 The code and exercises can be found here.

The Scala Africa Program has been warmly received by participants and received wonderful endorsements via multiple channels. 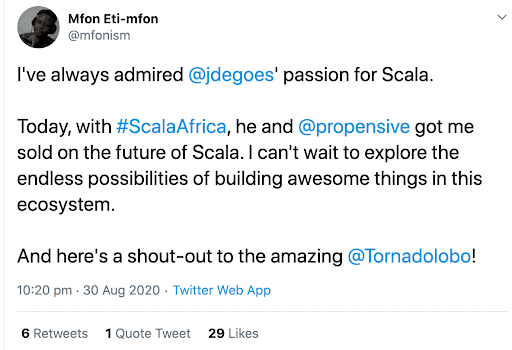 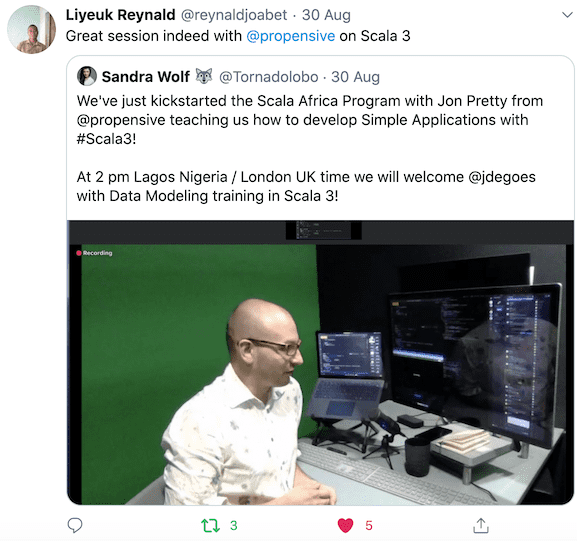 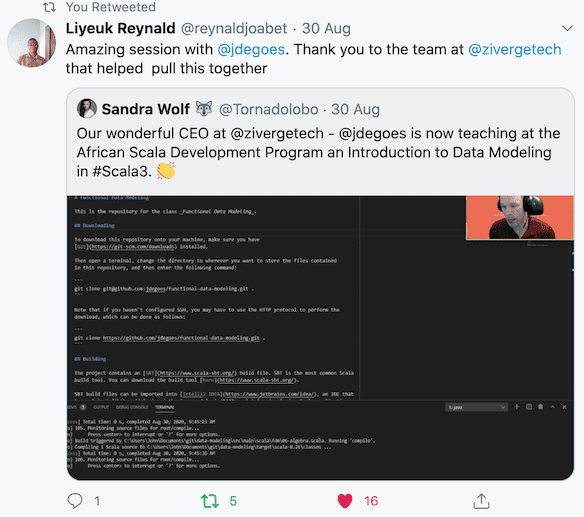 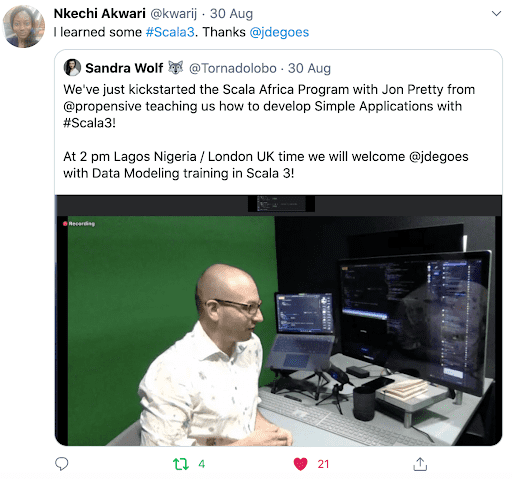 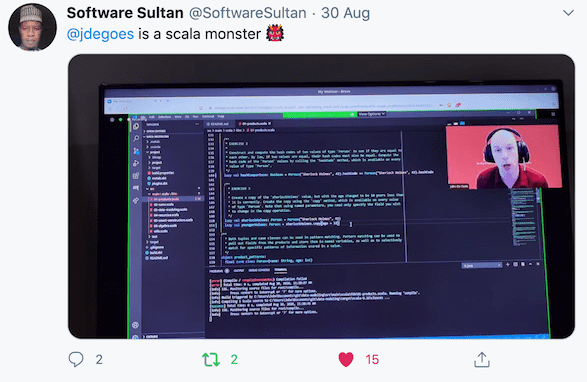 For more information on the Scala Africa Development Program, subscribe to the Ziverge newsletter.